Igor Kobiuk and Valeria Kalishchuk have been dancing together since October 2017, representing Ukraine in WDC Professional Ballroom. The first competition they competed in together was the Internationals in the UK.

Igor was born in Uzhorod, Zakarpattia region. He first started to dance at an early age before having a successful Juvenile and Junior career. He entered the University of Physical Education and achieved a Master’s degree in Kiev. He has been Ukrainian National Champion in both Amateur and Professional Ballroom numerous times. In 2013, Igor was in the final for Rising Star Professional Ballroom at the Blackpool Dance Festival which he won. He also was a finalist of the WDC European Championship.
Valeria was born in Odessa (South Ukraine) and started to dance at the age of 7. She started competing internationally at the age of 12 in Youth categories. Valeria has been Vice Champion several times in the Youth WDC AL World in Paris, two time semi-finalist in the Youth International Championships and a semi-finalist in the WDC AL European Championship in the Amateur Ballroom category. She is currently studying International Legislation at Law School.
Valeria wears the Kylie shoe and Igor wears the 6692 shoe. 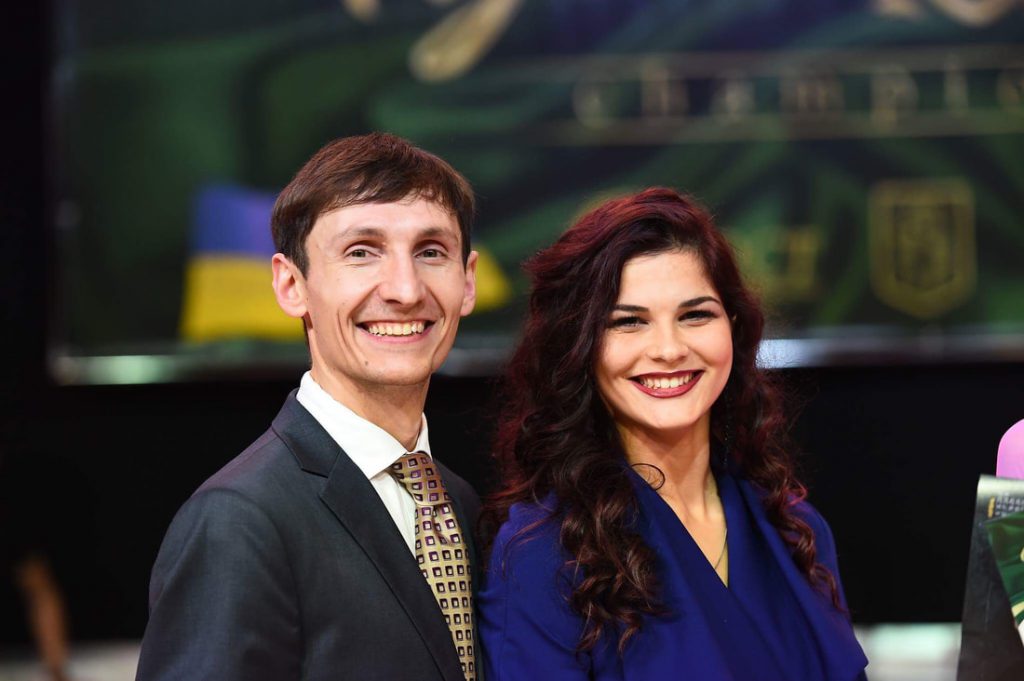