Anatoliy Shvarts & Tatiana Keegan have been dancing together for slightly over a year. They both are based in New York City and train at one of NYC's premier dance studios "Ballroom Hub" in the heart of Manhattan. Anatoliy & Tatiana compete nationally (within the NDCA circuit) and internationally (within the WDC circuit) in Senior I and II Amateur Latin. They are current 2019 United States National Senior I and Senior II Latin Amateur Champions!

Being crowned USA National Champions and as such sponsored by NDCA to represent United States at all WDC AL World Championships in Dublin, Ireland in December 2019.

Tatiana was the Russian Amateur National Champion in Ten Dance before coming to the United States and winning many of the top Professional Open and Rising Start International Latin championships, including the Ohio Star Ball and the U.S. Ballroom championship with Tony Dovolani of "Dancing With The Stars". After retiring to start a family, she made a comeback with partner Werner Figar and they reached the World Professional Latin championships in Germany.


In 2018, Tatiana formed an exciting new partnership with Anatoliy Shvarts who was a finalist and medalist at national championships in his native Moldova before coming to the United States. He and partner Renata Golbert (now his wife, Renata Shvarts) placed third at the U.S. National Amateur Ballroom championships before turning professional and winning multiple international Latin championships in the New York City area. They were also featured as Principal Dancers on television, music videos and films.


They plan to continue entering top competitions in Senior Latin divisions both nationally and internationally. 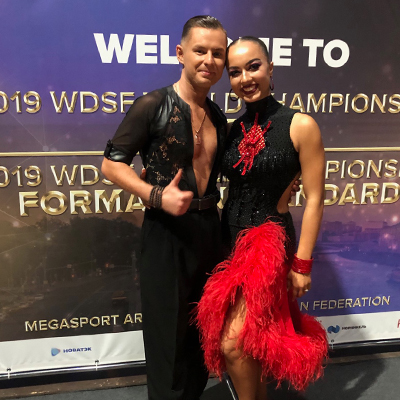 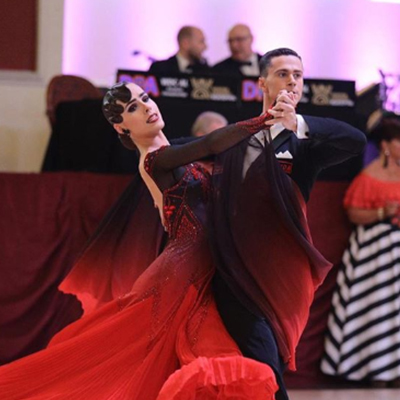 Following the announcement from the Government outlining the road map out of lockdown, we are pleased to announce the London Shop will be re-opening on Monday 12th April 2021. More details on opening times and days to follow.

Mail order and virtual fittings are still available by emailing us at shop@freed.co.uk